Steve Pattman is a desperate father and a landscape gardener who decided to infiltrate an infamous biker club so he could get close to his runaway daughter.

His daughter, Chloe, who was 19 years old at the time, had fallen in love with the Rebels club leader, Ali Bilal, and left home to be with him. Pattman spent two years trying to talk his daughter to come home, but with no success.

That’s when he decided to actually join the club and try to get close to her from the inside – and save his daughter from a life he didn’t approve of.

Steve and his son Chris both pretended to be bikers so they would get accepted in the club. They bought their Harleys and they also got revolvers.

‘I could either do nothing and just watch her end up where – how creative can your mind be – where does she end up?’ Steve told A Current Affair.

The father and son were with the club for three years before they completely run out of patience and left the chapter.

However, leaving the club wasn’t going to be an easy task, which Steve was fully aware of. After a confrontation with a man outside his home in a car, Steve snapped. Court documents state that his son handed a gun to Steve after which he fired the gun centimeters away from the driver’s head, injuring the man.

‘I found myself in situations where I thought ”what the hell have I got myself into”, totally outside anything I was use to. A world that I had no idea [about].’

Following the confrontation he and his son fled and spent 12 months in the bush fearing for their lives.

Daily Mail Australia does not suggest anyone from the Rebels biker club wanted to harm them.

Mr Pattman has pleaded guilty to an act of endangering life and unauthorized use of a prohibited firearm. He claims he has been in contact with Mr. Bilal since the interview and was told the former leader had left the club and he and Chloe were still together.

Mr. Bilal’s lawyer confirmed to the program Ali Bilal is not associated with any biker gang or club. 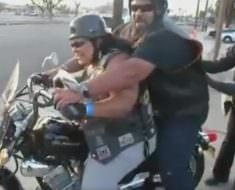 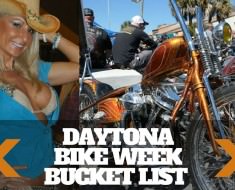 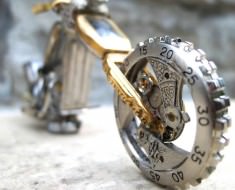 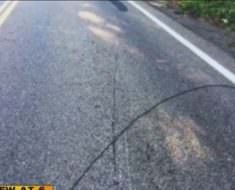 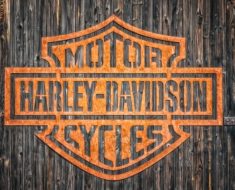