America has some of the most amazing roads in the world.  American Motorcyclist took votes on their 230,000 member website and came up with this list of the best places to ride in the U.S.

#15: Washington Route 129 and Oregon Route 3, Clarkston, WA to Enterprise, OR

The Pacific Northwest is notorious for its stellar riding roads, and the 85 mile stretch from Clarkston, Washington to Enterprise, Oregon features a little bit of everything: sharp switchbacks on the Anatone Grade, scenic straightaways, and twisting canyons.

Ohio isn’t exactly known for its compelling roads, and some Ohioans say that Route 170 connecting Calcutta to Poland isn’t even the state’s best, due to traffic and a lack of twists and turns. That didn’t stop it from making number 14 on the AMA’s list, suggesting that it might be worthwhile if you’re in the area.

This 71-mile stretch of twisting two-lane tarmac cuts through Central California’s wheat-colored hills, offering a winding roller-coaster of a ride for the legions of motorcyclists who ride from Los Angeles to Mazda Laguna Seca Raceway for the MotoGP races.

Not to be confused with California’s Route 33 which snakes through Ojai, this 65-mile stretch of highway runs through the Shenandoah Valley between Virginia and West Virginia, offering beautiful mountain passes and challenging turns.

This epic 444-mile, two-lane road runs from Mississippi, through the edge of Alabama, and into Tennessee. Considered a National Scenic Byway for its cultural, historic, and visually appealing qualities, the Natchez Trace Parkway is one of the longest stretches of great road that can be appreciated from a motorcycle.

A favorite among two-wheeled city dwellers for its proximity to Los Angeles, Angeles Crest Highway slices through the scenic Angeles National Forest and connects La Cañada, Flintridge to the ski town of Wrightwood with large scale sweepers and gradual elevation changes.

This 5,233-foot mountain pass 40 miles outside of Missoula, Montana at the juncture of Idaho and Montana features striking views of rivers, rolling forests, and a historical background that goes back to the era of the Lewis and Clark Expedition.

Considered by some to be among the best roads in California, California Route 36 links Interstates 5 and 101 between Red Bluff and Hydesville with a long, flowing series of twisties that are seemingly tailor made for motorcycles. And if that’s not enough, you can even follow it east of I5 to Lassen Volcanic National Park, seen here.

Named after two National Forests– the CHEROkee and the NantaHALA, the Cherohala Skyway starts in Robbinsville and rambles through North Carolina’s mountainous regions, spilling into Tennessee’s forested regions before ending at Tellico Plains, TN. Clouds and fog are known to roll in even in summer months due to the road’s high elevations (especially on the North Carolina side), but riders swear by the Cherohala Skyway’s inspiring scenery.

Going-to-the-Sun Road is the only way to cut through the stunningly beautiful Glacier National Park, and its tight switchbacks and high elevations make it particularly treacherous during winter months. Featured in the opening sequence of the film The Shining, few stretches offer this one’s epic scale and dramatic views.

Pacific Coast Highway (or PCH) runs from Southern California’s Orange County to Northern California’s Mendocino County, but its most famous stretch is the Big Sur section between San Simeon and Carmel. Though clogged with slow-moving rental cars during peak hours, this coastline-hugging highway is one of the most scenically beautifully rides in the world, let alone the U.S.

You’ll want to skip this one if you’re afraid of heights: U.S. Route 550 serves up staggering views of towering mountains and precipitous canyons, many of which aren’t interrupted by guardrails. This Colorado highway attracts plenty of motorcyclists, especially cruisers.

Despite chronic overcrowding and recurring law enforcement crackdowns, Tail of the Dragon remains among the most famous of motorcycle roads for good reason: though only 11 miles long, its 318 tight turns offer seemingly endless entertainment for all matter of motorcyclists, from sportbike riders to touring enthusiasts.

For sheer scale and variety of scenery, it’s hard to beat the 469-mile Blue Ridge Parkway. Extending in Virginia and North Carolina mostly through the majestic Blue Ridge mountains, this is the most visited attraction in the U.S. National Park System thanks to its meandering path that traverses some of the most arresting breathtaking views in the country. Those in a hurry, however, should take caution: the speed limit never exceeds 45 mph, and is lower in many spots.

U.S. Highway 212– aka, the Beartooth Highway– connects Red Lodge and Cooke City, Montana, and its nearly 11,000-foot peak can make it (pardon the pun) a bear to cross when the weather gets snowy. But this zigzagging route cuts through the Custer National Forest and Shoshone National Forest, offering some of the most eye-opening vistas on the planet. Perhaps the best part of Beartooth Highway is that when you’re done riding its challenging roads, it will lead you right to the northeast gateway of Yellowstone National Park. But remember to stay warm when you ride here: it can get seriously cold in these parts.

What’s your favorite road in the US? Have you ridden any of these? Any hints on some awesome road that hasn’t been mentioned? Tell us in the comments! 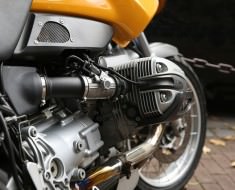 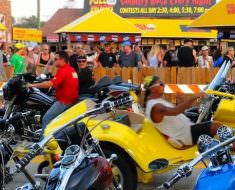 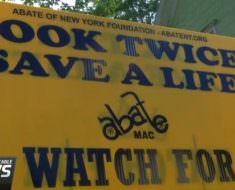 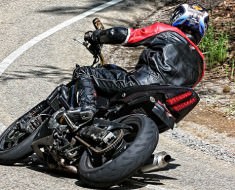 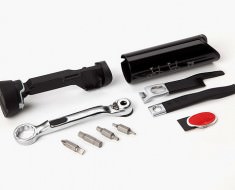 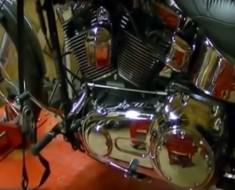