On Friday, a Santa Ana jury decided to strip the Mongols of the trademark the club holds on their famous logo as a part of a punishment for racketeering.

Members of the Mongols motorcycle club are easily identified. They wear a distinctive image of a Genghis Khan figure in sunglasses riding a badass motorcycle right under the group’s name – which is spelled out in big block letters.

Formed in the 1960s, the Mongols have always represented their logo as a potent element of the club’s identity.

In the world of motorcycle clubs, the logo is a totem because only members who have been admitted to the inner ranks of the group are allowed to stitch the patches onto their riding clothes.

At the end of a lengthy trial last month, a Santa Ana federal jury convicted the Mongols motorcycle club of racketeering and conspiracy charges.

According to the verdict, individual members of the group have also committed murder, attempted murder, and various drug crimes – for which the entire group is held accountable with shared responsibility.

This verdict allowed prosecutors from the United States attorney’s office to pursue a court order they had long sought – an order that forces the Mongols to forfeit their trademarks as a part of a sentence.

The jury returned last week to hear testimonies and arguments from prosecutors and the Mongol’s defence attorney of the trademark issue. Members of the jury had to decide whether the logo itself was linked closely enough with the crimes to forfeit the trademarks to the government.

It took the jury two days of deliberating to decide that there was, in fact, a strong link between the image and one of the charges the club had been convicted of – conspiracy to commit racketeering.

U.S. Attorney Nicola Hanna called the verdict “first of its kind in the nation,” and he said that stripping the club of its trademarks will serve to “attack the sources of a criminal enterprise’s economic power and influence.” (Via: San Francisco Chronicle)

The government’s pursuit of the Mongol’s trademarks is a legal strategy based on the idea that control of the trademarks would bring multiple benefits.

Banning the logo would cut off the stream of money the Mongols leaders make from selling patches and other club merchandise to members, and it would also empower government officials to stop Mongols members from wearing any clothes that show the Mongol image.

However, the case is not over. U.S. District Judge David Carter declined to order an immediate trademark forfeit and instead set a hearing for next month to address First Amendment issues the verdict has risen.

According to trademark experts and constitutional scholars, an effort to bar Mongols members from displaying the club’s logo would run the risk of crossing constitutional lines set out by the First Amendment. People’s right to associate freely and express themselves is not to be taken lightly.

As Motorcycle Profiling Project discusses, only the judge can decide whether the First Amendment overrides the jury’s grant of forfeiture or not. 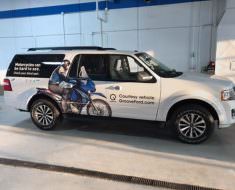 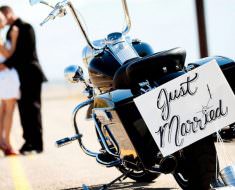 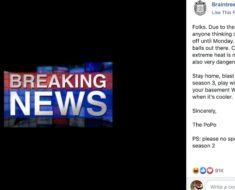 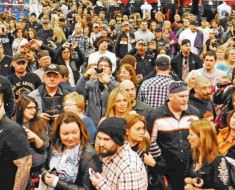 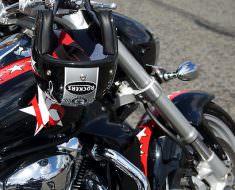 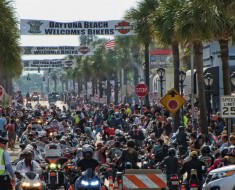