As the summer comes to an end some bikers might already start to feel the autumn melancholy, but that’s just because they aren’t going to Roar to the Shore.

There’s no better way to celebrate the ending of a long, hot summer than kicking it off at one of the largest free motorcycle rallies in the northeast.

Sited in the Wildwoods and a manageable riding distance from East Coast cities, the 20th annual Roar to the Shore takes place Thursday, Sept. 8, through Sunday, Sept. 11, at various locations in the Wildwoods.

The rally offers a wide variety of entertainment like stunt shows and live bands, but also many hands-on activities such as a custom-motorcycle contest and a “light up the night” decorated bike display. There is also a biker babe contest and poker run for cash prizes. Let’s not forget the popular Rubber Ducky Boardwalk Ride and Raffle – in which one ticket holder wins a brand new Harley-Davidson!

“Something new is that the ending point of the guided ride to our annual pig roast Friday,” says Event Organizer Juli Musser. “We were lucky to work it out so that the ride ends at the Forgotten Warriors Vietnam Museum at the Cape May County Airport. It will be a different scenic ride as well as a really amazing ending point.”

One of the special entertainment events will be the Tim Dyson Freestyle Motocross Team performing aerial tricks at select times daily inside the Wildwoods Convention Center.

Bands performing include the Shoresyde Duo and the Bughunters on Friday; Missbehavin’ with the Old Hat Boys and the Rated R Band on Saturday; Next In Line and The Brandon Ireland Band on Sunday.

“The majority of the bands will be on the main stage behind the Red Oak Buffet, which is where the Budweiser Bar is also located,” Musser says. “The Brandon Ireland Band has been our official Sunday band for many years now. They always play at the Convention Center lot. That’s where the charity ride ends and where we announce the winner of the new Harley.”

Check out the FULL SCHEDULE HERE.

Also check out these videos from previous years! 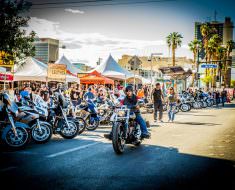 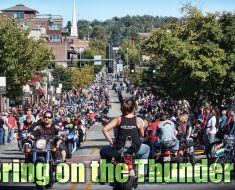 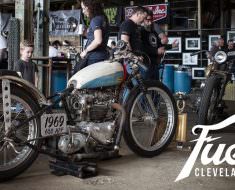 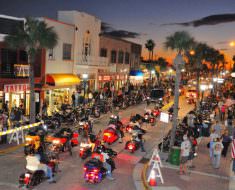 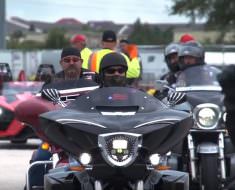 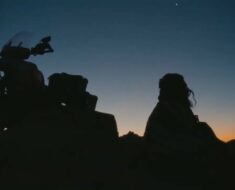